Articles What is Family Planning? (Contraception) 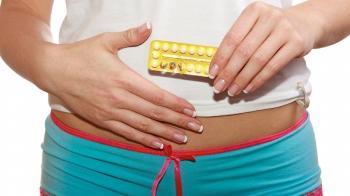 The methods of contraception applied for families to have the desired number of children are called "Family Planning".

There are many family planning methods applied by families.

The family's wishes, the previous obstetric history of the woman (related to their pregnancy) and the recommendations of the gynecologist determine the method of protection suitable for the family.

What are the modern family planning methods?

The period from the beginning of a woman's menstrual bleeding to the bleeding of the next menstrual period is called "one menstrual month (= one cycle, period)". Normally, a modern woman has an average of 420 cycles in her lifetime.

Among the people, the method of protection that finds its place with discourses such as "I am protected by the natural method" or "my wife is protected" is the "withdrawal method", which is known as "coitus interrruptus" in medicine.

Although the failure rate is the highest in coitus interruptus, it is seen as the most preferred method of contraception in Turkish society.

What is population planning?

"Population planning", on the other hand, is the limitation of fertility by the laws of a country as a result of its policies. We can give China as an example of these countries.

While family planning methods are supported by the state in our country, population planning has not been adopted.

Again, in developing countries like ours, final sterilization procedures called "Sterilization" and Spiral (IUD, Intrauterine Device) applications are most frequently used as a method of family planning.

In developed countries, the use of birth control pills and condoms (condom, sheath) is more common in men.

According to the Declaration of Reproductive and Sexual Rights…

According to the Declaration of Reproductive and Sexual Rights adopted by the "International Federation of Family Planning (IPPF)" in 1995 (Article 8); All women have the right to access information, training and services required for the protection of reproductive health, safe maternity and safe termination of pregnancy, at a price that is accessible, acceptable, convenient and affordable for all users.

All individuals have the right to access as many safe, effective and acceptable methods of fertility regulation as possible.

All individuals have the right to freely choose and use the safe and acceptable methods of protection from unwanted pregnancies.

It is reported that a single unprotected sexual intercourse may cause a high pregnancy risk of up to 25%, depending on the closeness of the cycle to the ovulation period.

Which Family Planning Methods Are The Most Effective?

The definitive sterilization procedure called "sterilization" is the most effective but irreversible method of contraception in preventing pregnancy.

If sterilization is applied to a woman, this process is called "Tubal ligation (Tube Ligation)", and it is a small operation to connect the channels, which are in the position of a bridge from the ovaries to the uterus.

In men, with a procedure called "Vasectomy (Tube Ligation)", the canals between the testicles, where sperm are produced, and the male reproductive organs can be connected with a minor surgical operation. Only definite infertility develops after 6 weeks or 15 ejaculations after vasectomy. Vasectomy is popularly known as "tying the cords in men".

Researches made; In developing countries like ours, the contraceptive efficacy of spiral applications has shown a slight advantage over birth control pills. It is extremely important for the patient who takes birth control pills to be conscious and to use the drug properly (good compliance).

However, it should not be forgotten that; Regardless of which method is used, a pregnancy test should be performed first in any menstrual delay. Because no protection method is 100% protective.

Which Birth Control Method Is Better?

Actually, this question has no answer. There are many alternatives for protection and the method to be chosen should be "personalized". To find the appropriate method, you may need to go and consult a gynecologist and, if necessary, undergo a general examination.